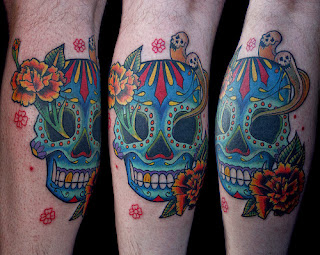 This gorgeous sugar skull comes from the Deanna Wardin and is listed as free to use.
Posted by Livia Indica at 1:43 AM No comments: 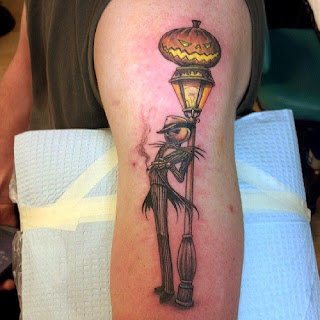 This tattoo comes from the Flickrstream of why tee and is listed free to use. Just a little something to get us into the Halloween spirit!

Posted by Livia Indica at 1:38 AM No comments: 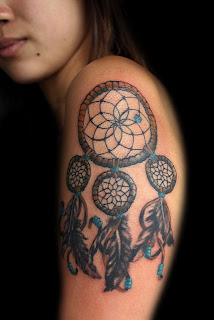 Found this awesome dreamcatcher on Flickr and just had to share. In fact, I've found so many dreamcatchers I'm considering making a whole series of posts of them!

Much of American Indian lore is lost due to Europeans doing their best to wipe it out. So, the ancient roots of the dreamcatcher are unknown but many believe it to have originated in the Ojibwa tribe. The first official observation of a dreamcatcher dates to 1929 but it didn't become popular until the pan-Indian movement of the 1960s and 70s when it became something of a symbol for Indian solidarity.

We all know that dreamcatchers are designed to catch the bad dreams and allow the good to pass through. The sun would burn away the caught dreams and the good dreams would drift down to the child via the feathers. But not everyone knows that they were traditionally made by a grandparent of a newborn child to protect them from the bad dreams that roam the night.

According to the New World Encyclopedia: "The circle of the hoops represented the sun. The web's connection with the hoops in eight places represented the eight legs of Spider Woman. When the web only connects in seven places, this represents the Seven Prophecies (a prophecy marking the seven epochs of Turtle Island—or North America). Feathers in the center of the dreamcatcher represented spirit (breath) and life."
Posted by Livia Indica at 1:30 AM No comments: 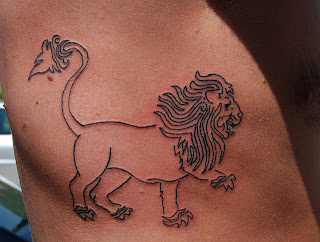 Found this Lion, listed under Creative Commons, on Flickr and just had to share it for all those born under the sign of Leo.  According to the folks over at Astrology.com those born under this sign are strong, limelight loving people who are: "an ambitious lot, and their strength of purpose allows them to accomplish a great deal. The fact that these folks are also creative makes their endeavors fun for them and everyone else." So, happy birthday to all the Leos out there!

Posted by Livia Indica at 9:36 PM No comments: 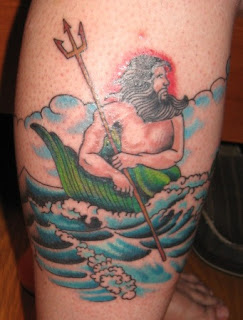 Found this tattoo, free to use, on Flickr and just had to share it. 23 July is the date of the ancient festival of Neptunalia in which the god Neptune, and his wife Salacia, are celebrated. Not much is known about this two day festival or its ceremonial rites. We do know that celebrants built huts from wood and foliage probably for the purposes of holy partying and that certain citizens would gather for voting on civil or criminal issues. Whatever their ancient practices I encourage you to enjoy the day. Happy Neptunalia!
Posted by Livia Indica at 12:35 AM No comments:

Ever considered blogging at NeoPagan Ink? Visit the Call for Contributors Page